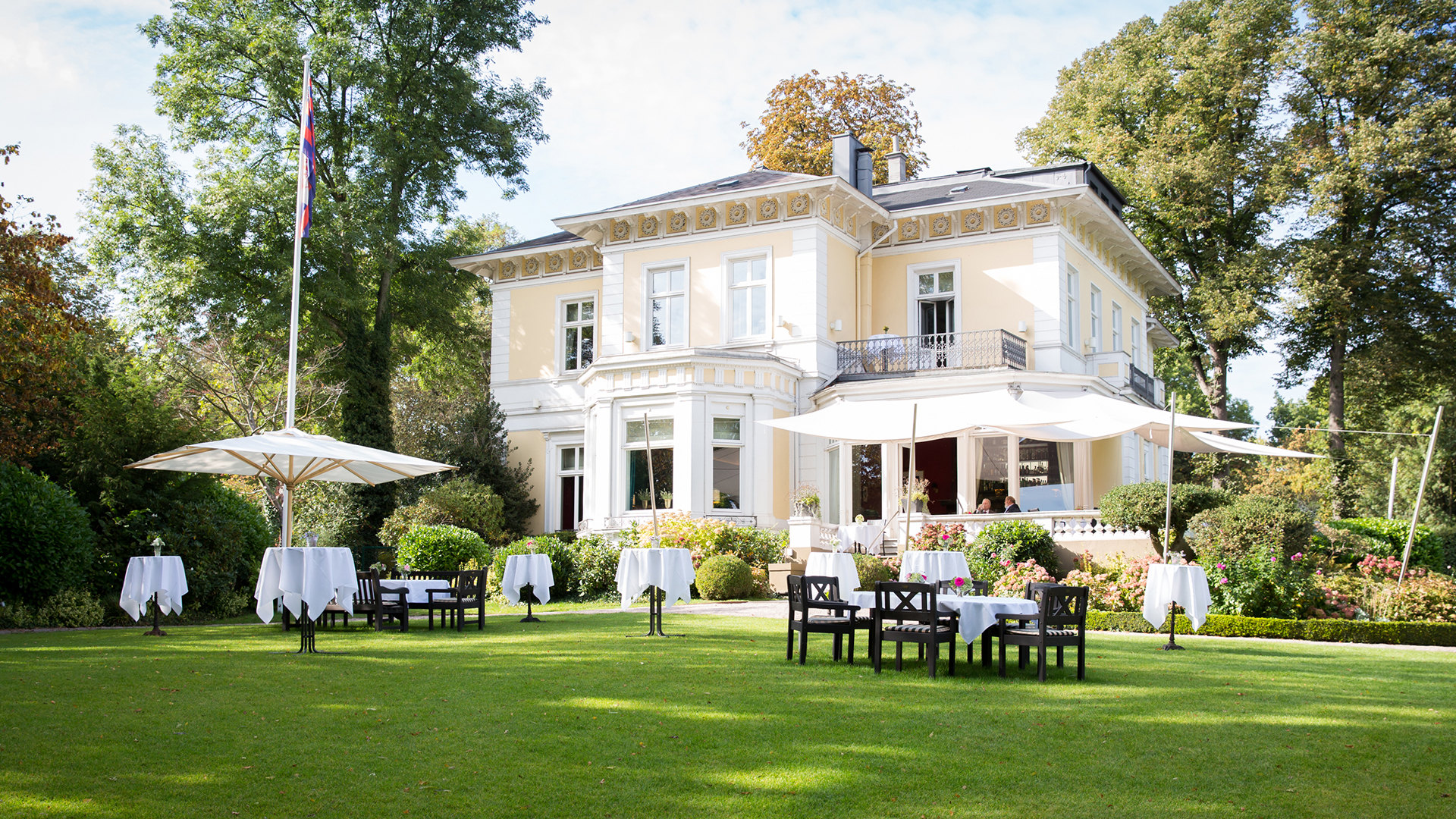 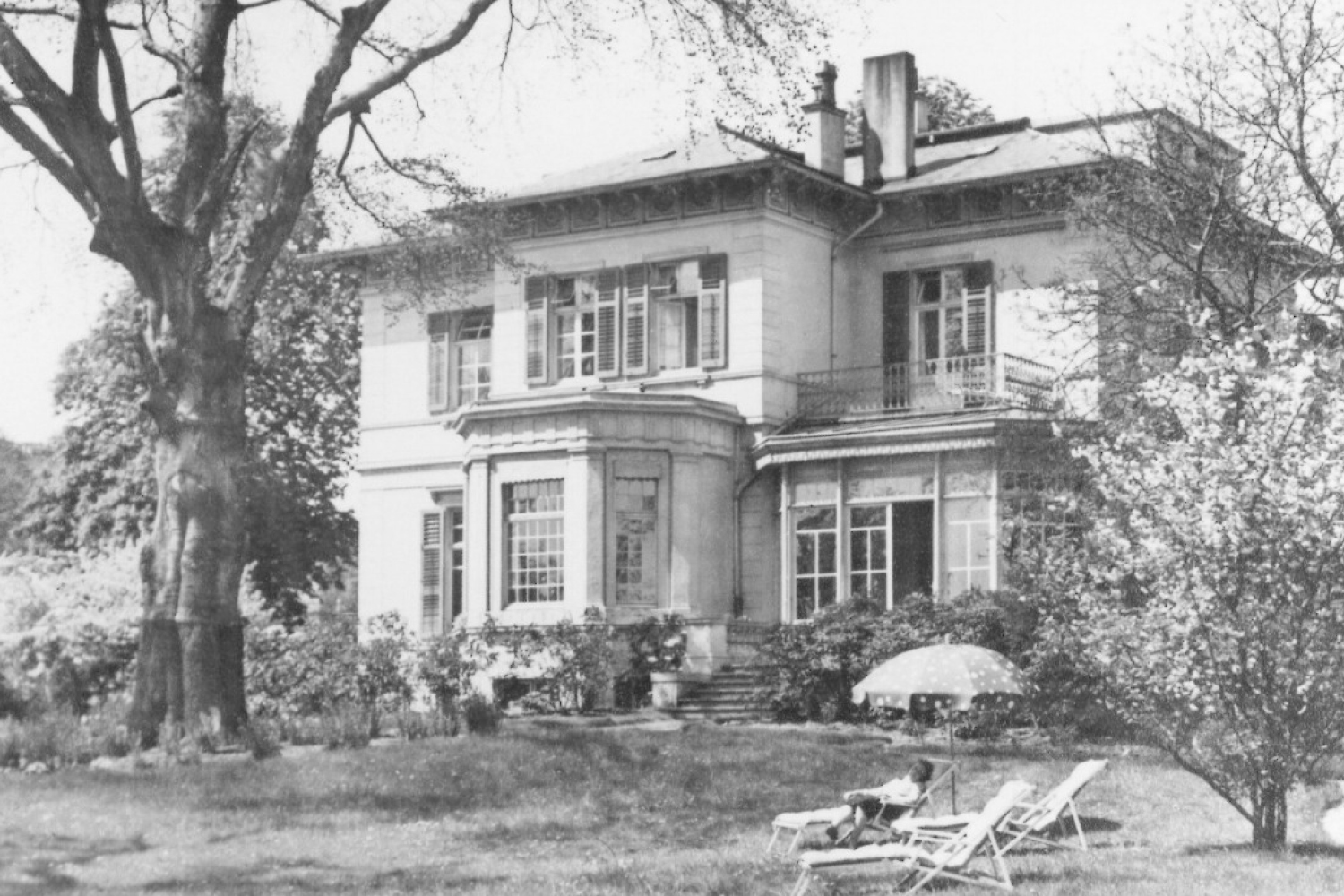 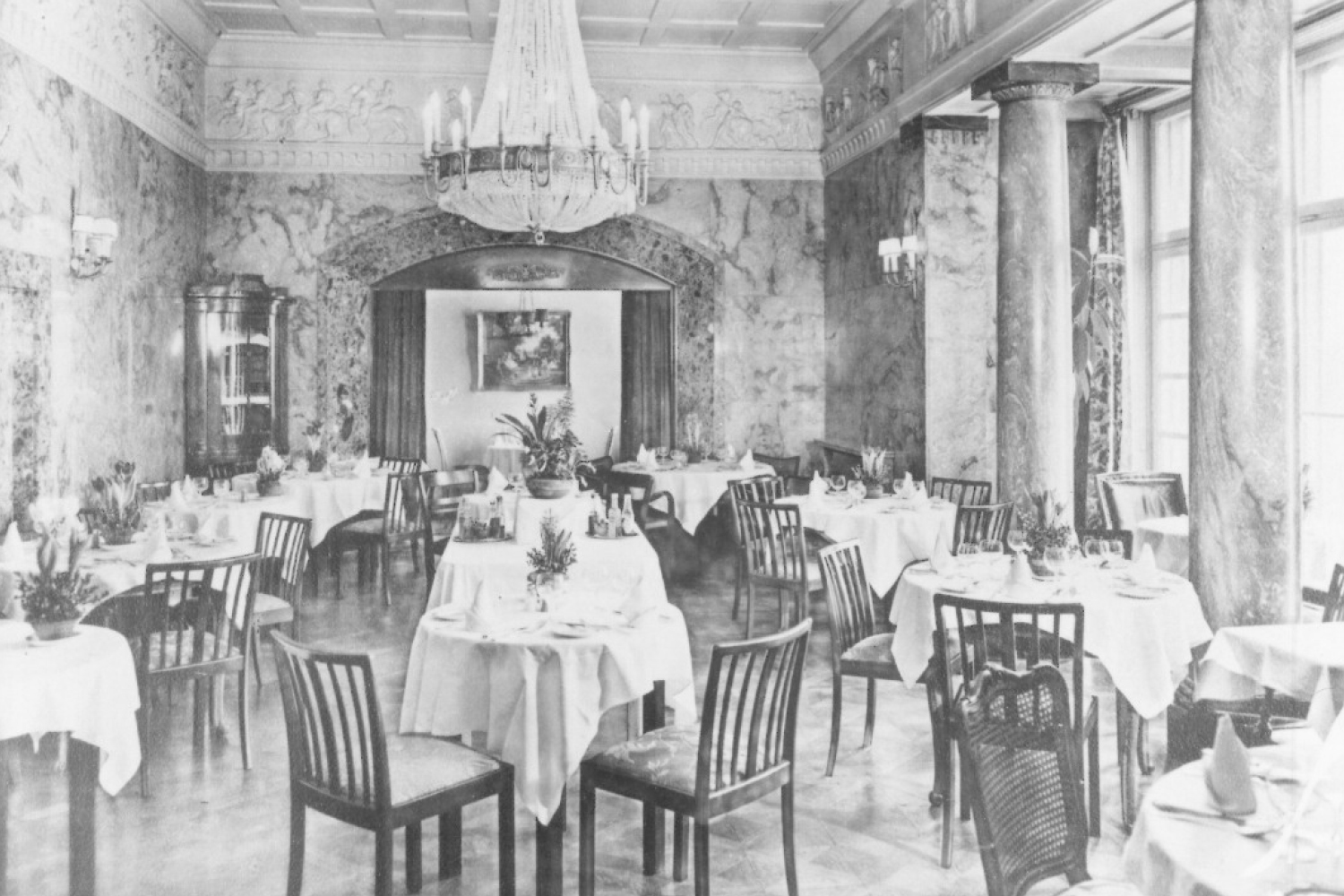 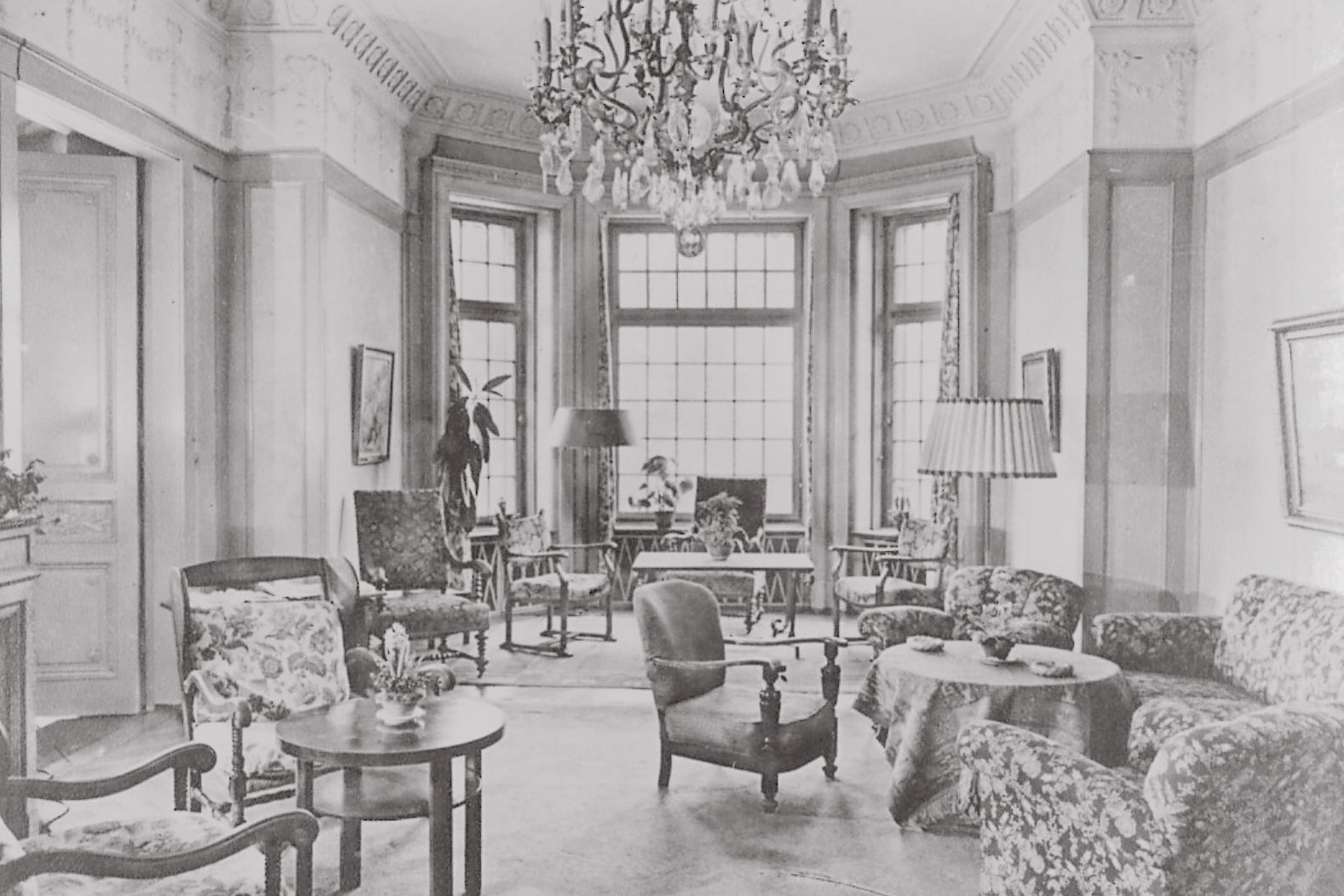 Our clubhouse is a building where history is palpable and history is made.

Built in 1860 as a private house by the renowned architect Martin Haller for the Bielenberg family, it was bought in 1901 by the successful merchant Consul Gustav Müller. In those days the property had 14,000 m² of land, running right down to the Alster Lake and comprised an old thatched farmhouse with a cowshed and hennery, a duck pond and pastures as well as the villa.

At the end of World War II in 1945, the estate was seized by the British occupation forces and used as a British officers’ residence. It was probably then that the story of the Anglo-German Club began, as the British officers clearly felt very much at home in the lovely villa.
Following the occupation, the house was returned to the co-heirs of the Müller family, who sold it to the City of Hamburg, which in turn let it to the Anglo-German Club.
The club has owned the leasehold on the building since 1989. It is an architectural gem in a prime location, surrounded by a splendid garden and with an inviting terrace offering a superb view of the Alster.

We are convinced it will lose none of its magic in the generations to come. 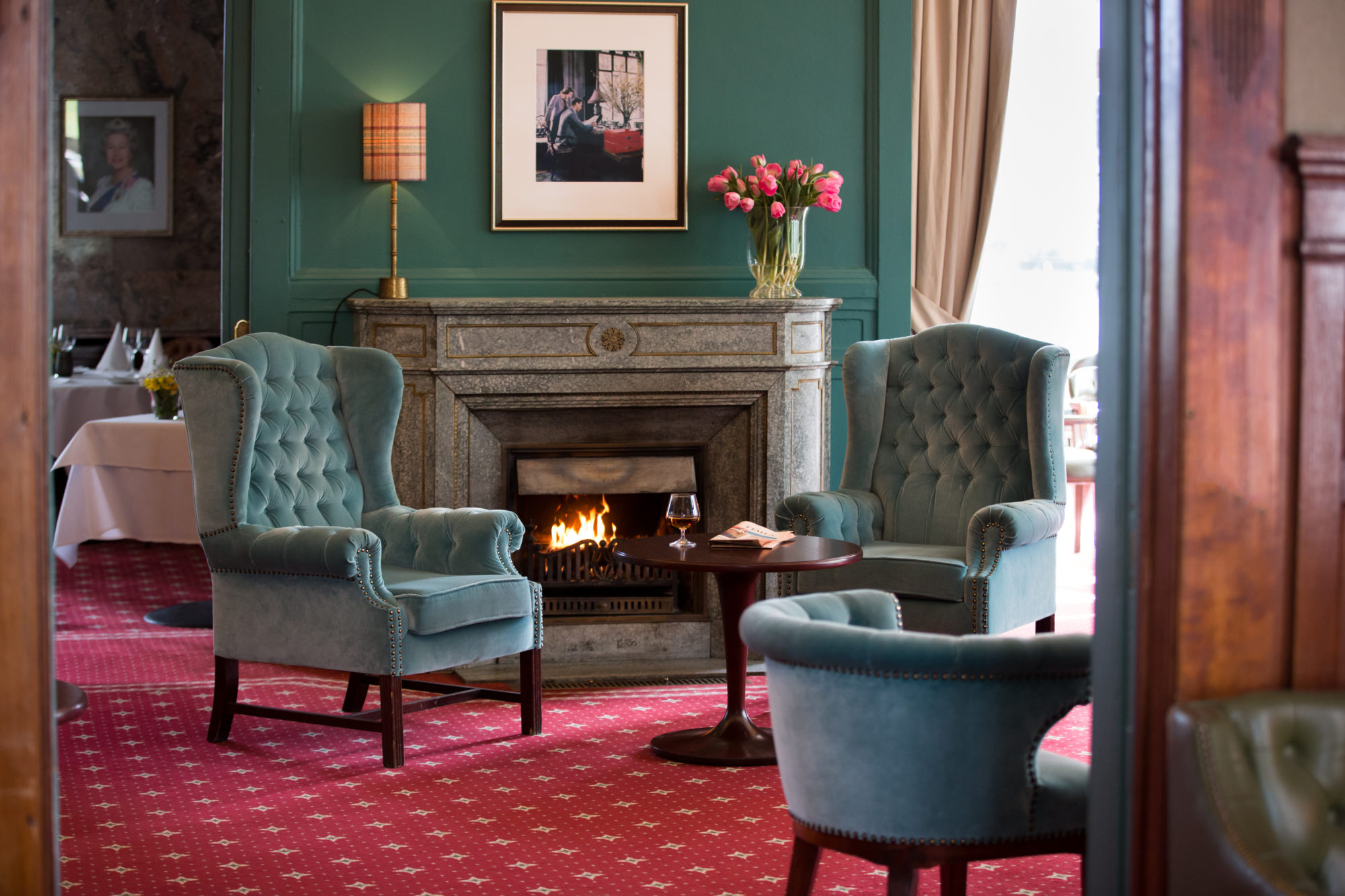 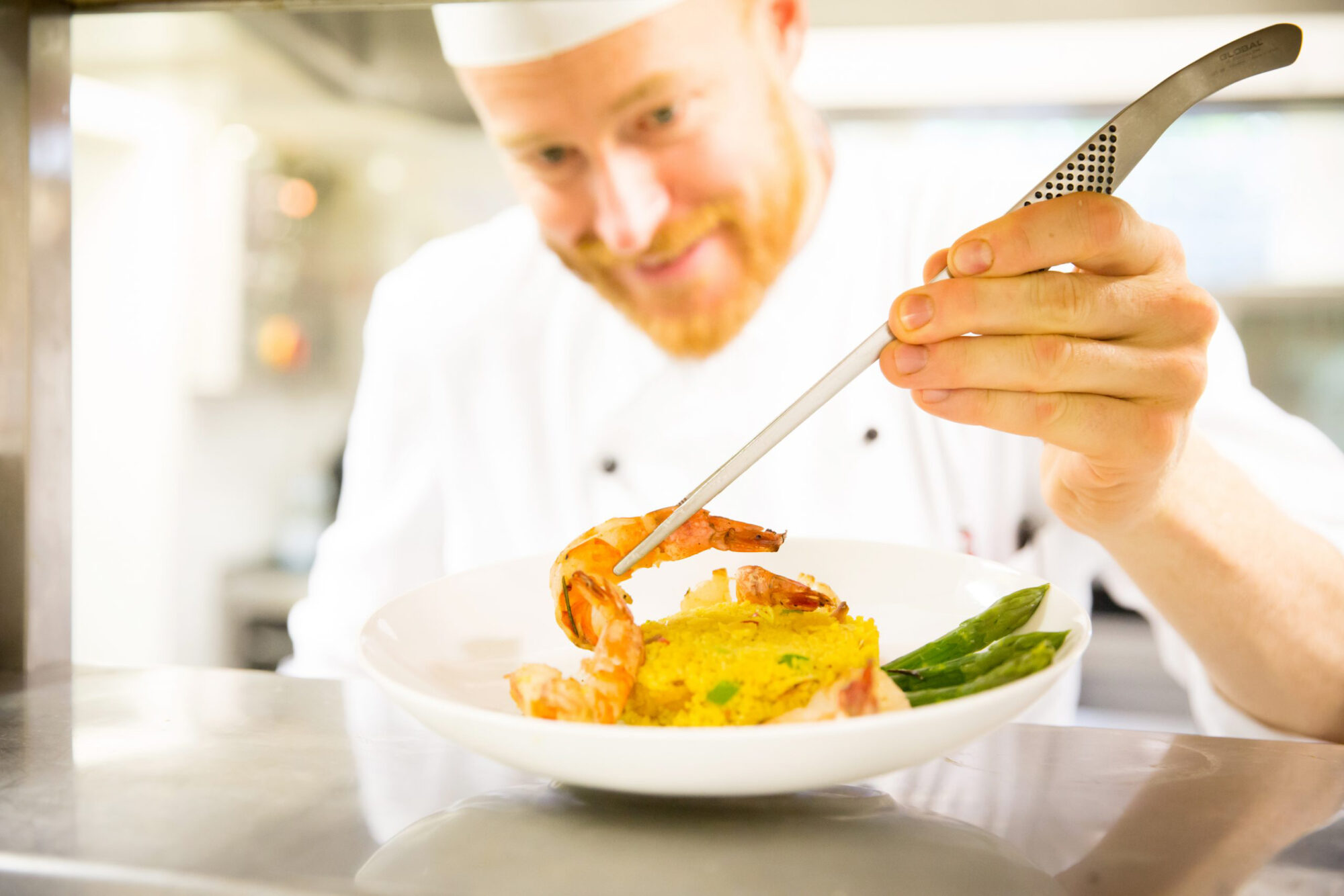 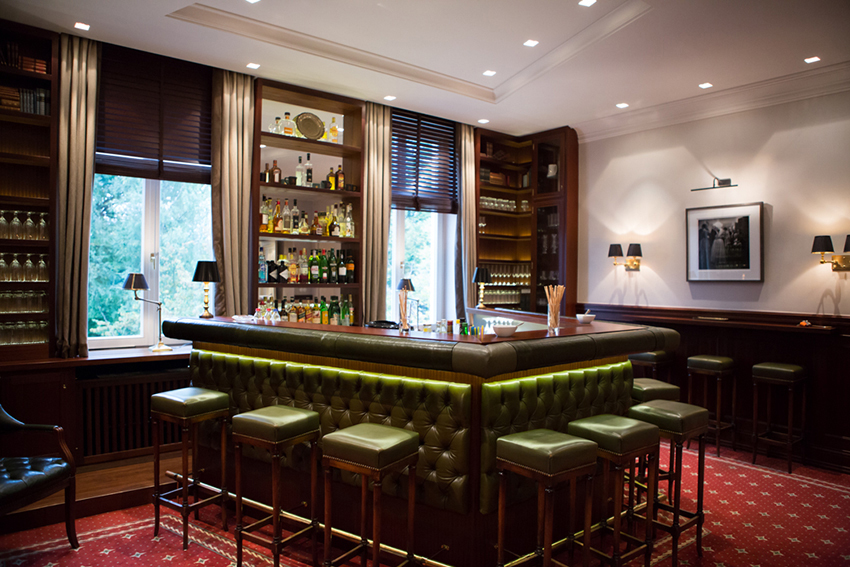 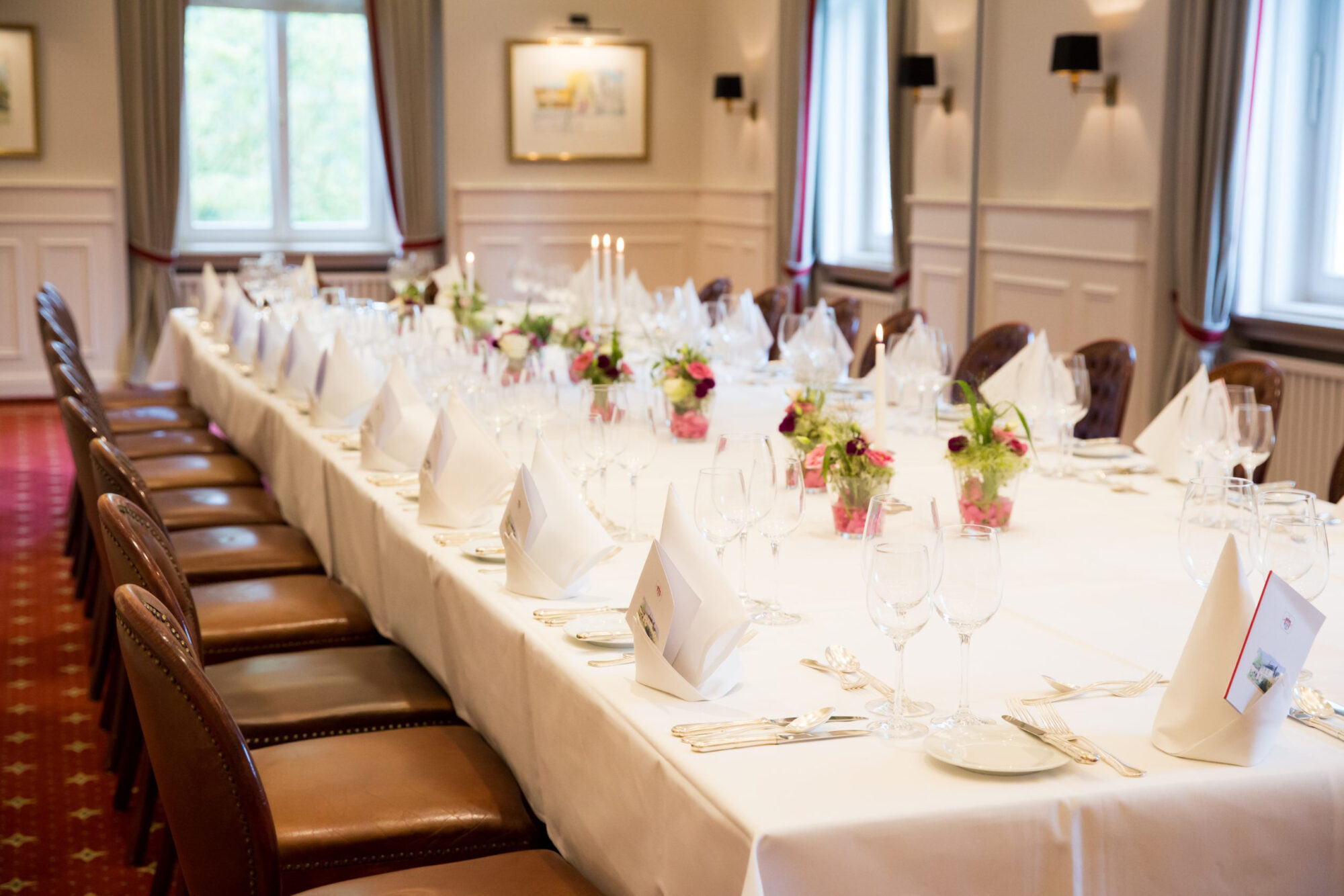 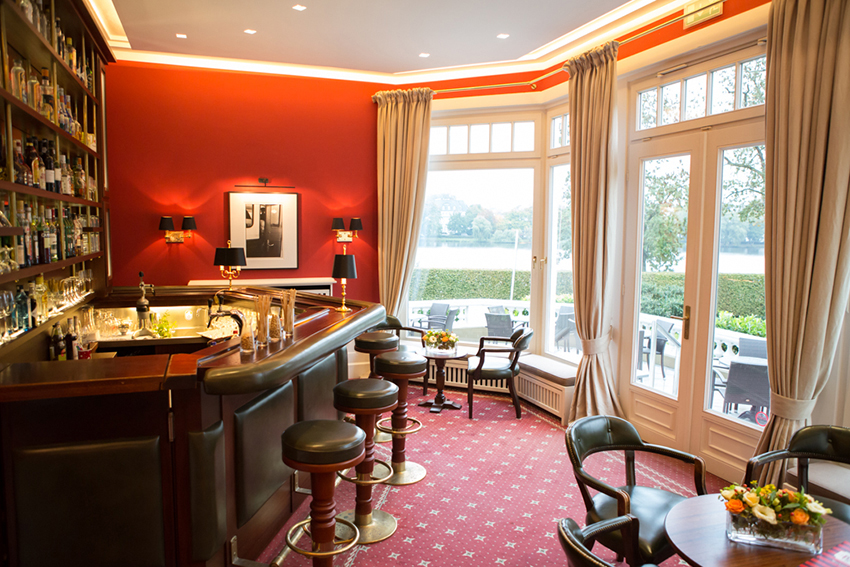 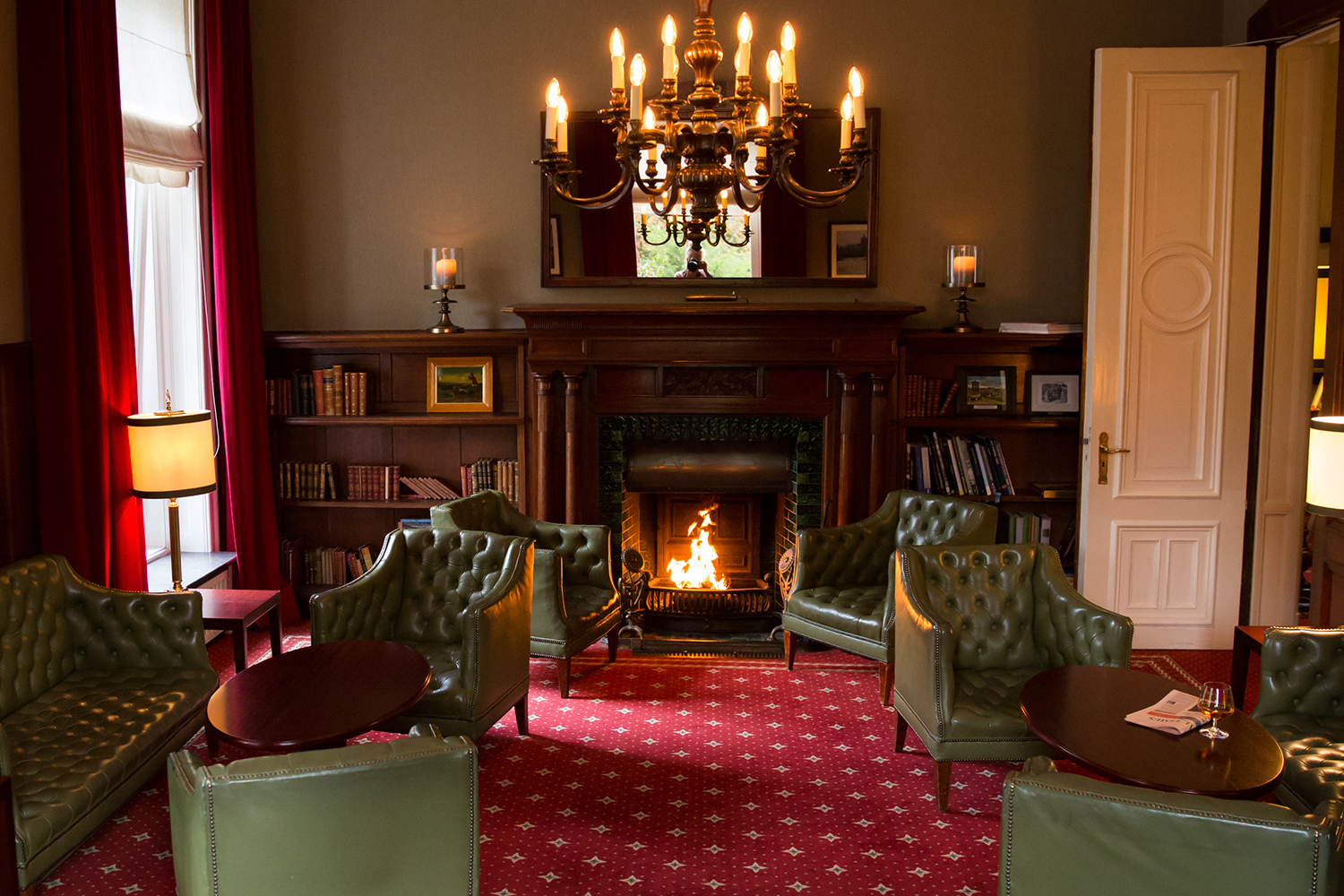 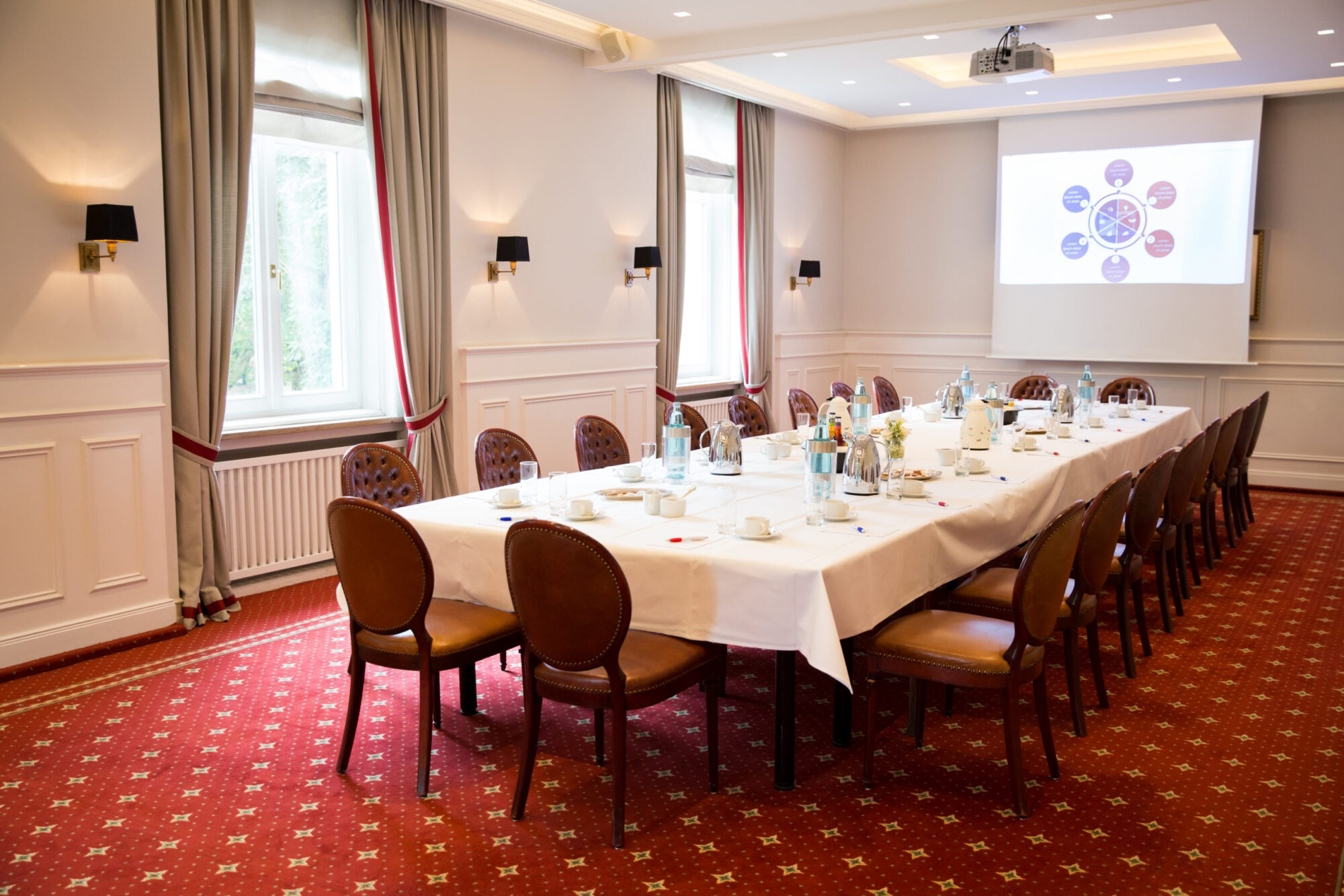 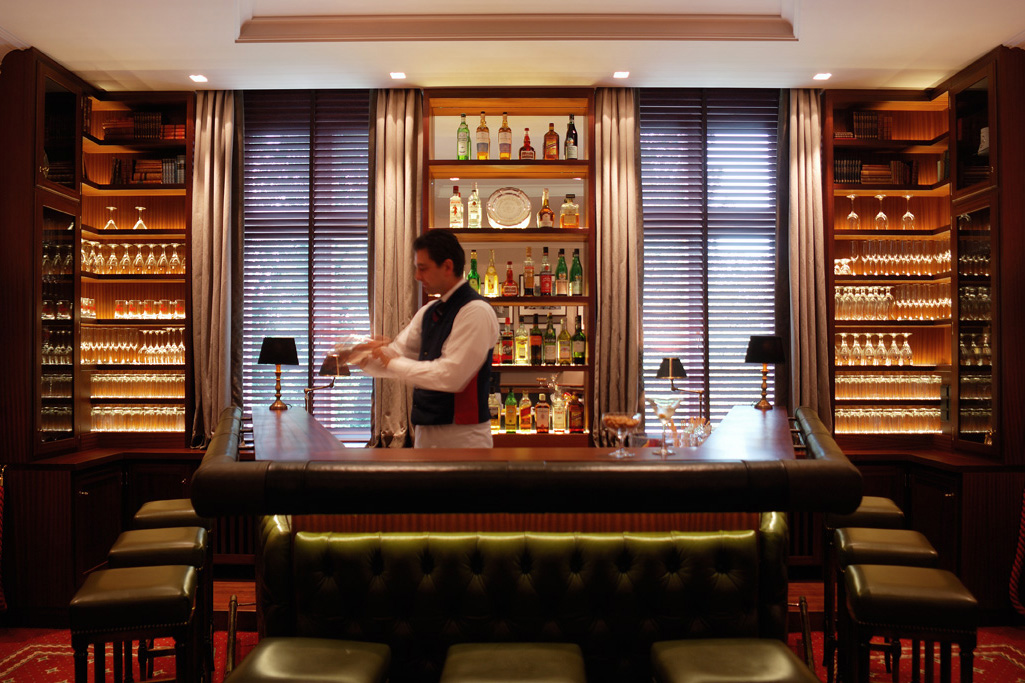 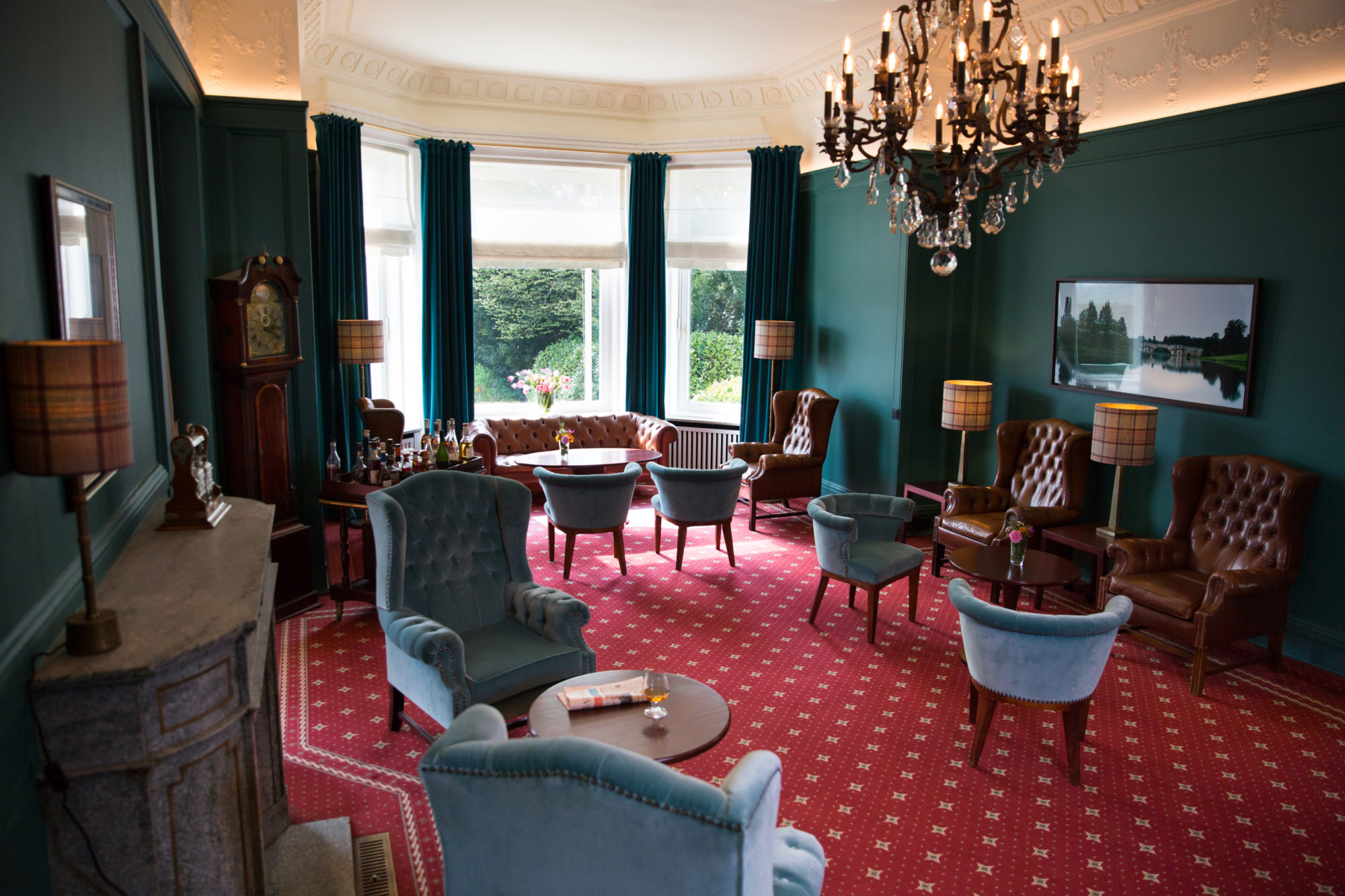 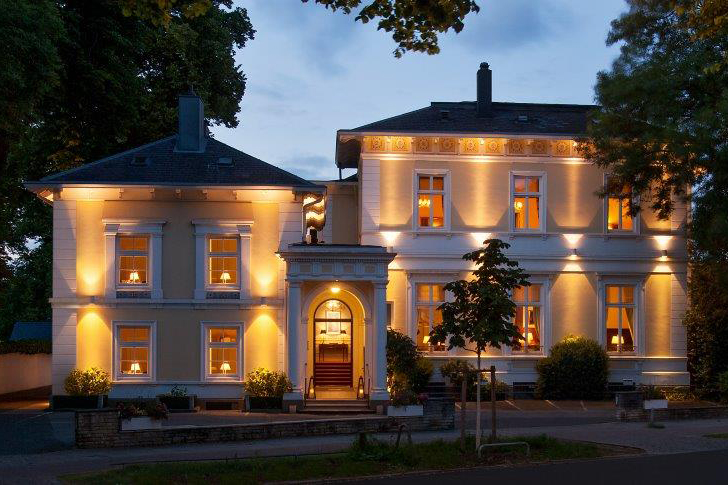 On our premises, style and sophistication are in harmony

You are bound to know the feeling: You arrive somewhere and immediately feel a sense of wellbeing. For it is only where sophistication and style are in harmony that just such a welcoming atmosphere is created.

Past and present complement each other wherever you go in the building, whether it is the fireside lounge with its typical club atmosphere, the two outstanding bars, the generously proportioned main lounge, the traditional restaurant or the wonderful garden.

Above all it is the representative and exclusive state rooms that create an unforgettable backdrop, easily adaptable to suit individual celebrations, presentations, speeches or discussions. It goes without saying that we also provide all the usual conference facilities such as password-protected Wi-Fi, beamer, video wall and sound system with microphones – tailored to your requirements.

Smoking in the club

Smoking is permitted in some of the club rooms, but not in the restaurant. In order to ensure a pleasant visit for all members, we ask you to be considerate. Cigars may only be smoked after prior agreement with the staff.

A well-groomed appearance is assumed as a matter of course. Gentlemen are required to wear jackets and collared shirts in the clubhouse. Jeans, polo shirts and trainers are not permitted. Ladies are required to dress with similar formality.

Out of respect for other guests, we ask that you switch your mobile telephone to silent when you enter the club and withdraw to a private area if making or taking calls.

Would you like to book the club’s premises for private events, e.g. a wedding? → Gastronomie Pütter im Anglo-German Club.

Welcome to the Anglo-German Club

You can still reach the club via mail